One question which I will ponder over the next four years:  Can there be peace?

Can we sit together at the national table discussing affairs of the day, after everything we’ve seen, heard, and endured?

During the 2012 election,  my then-husband, a Republican, sat in the living room listening to Fox News and castigating “any moron who would vote for Obama”.    I slunk away, suppressing anger, wondering what to say to such voluble condemnation.

I knew a lot of people who voted for Romney but still called me “friend” after Mr. Obama won re-election.

But this year, such connections do not seem possible.  I find absolutely nothing redeeming or defensible about the man who won.  The fact that 64,000,000 people consider his behavior not only defensible, but preferable  astounds and sickens me.

Good people.  Smart people.  People whom I have admired.

So I will be asking this question, and I hope the answer does not frighten me.  Though I fear a resounding “no”, I yearn for the rising whisper of a definite “yes”. 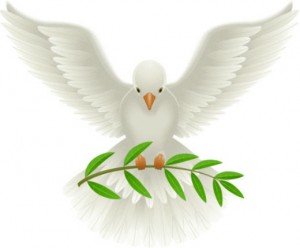