Aesop said it best:  You shall be known by the company you keep.

Let us look, then, at the company which president-elect Donald Trump intends to keep, starting with his proposed Attorney General whose confirmation hearings have commenced in Washington.

He has been accused of using the demeaning term “boy” in addressing an African-American male colleague.

He prosecuted the Marion Three, a case in which African-Americans were charged with voter fraud in what was alleged to be racially motivated cases.  He’s been quoted as calling the ACLU and the NAACP Communist-inspired un-American organizations.  He does not deny that he might have made some of these statements.

As a private, non-government attorney and citizen, I may hold and preach anything I choose.  I may disagree with the law, criticize it, lobby for its change, and castigate those who support or don’t support what I think the law is or should be.  But as a government attorney, and as the U. S. Attorney General, Mr. Sessions will be required to uphold the law of the land.

Most importantly:  He should not attempt to change the law.

Yet that is precisely what the president-elect wants to do:  Change the laws of this nation.  So:  Will Mr. Sessions assist in the effort to change our laws — or will he stalwartly stand and uphold them?

Our nation should not engage in torture; and we have taken the position that we will not.

Our nation should open its doors to immigrants.  Immigrants founded and built this country.  Our Statue of Liberty welcomes them to our safe harbor.  She greets them with these words:

“The New Colossus”
By Emma Lazarus

Not like the brazen giant of Greek fame,
With conquering limbs astride from land to land;
Here at our sea-washed, sunset gates shall stand
A mighty woman with a torch, whose flame
Is the imprisoned lightning, and her name
Mother of Exiles. From her beacon-hand
Glows world-wide welcome; her mild eyes command
The air-bridged harbor that twin cities frame.
“Keep, ancient lands, your storied pomp!” cries she
With silent lips. “Give me your tired, your poor,
Your huddled masses yearning to breathe free,
The wretched refuse of your teeming shore.
Send these, the homeless, tempest-tost to me,
I lift my lamp beside the golden door!”

Our nation should embrace marriage equality, and did so under President Obama’s administration.  We have finally brought this Constitutionally protected right to all of our citizens.  Justice Anthony Kennedy wrote:

“No union is more profound than marriage, for it embodies the highest ideals of love, fidelity, devotion, sacrifice and family.  In forming a marital union, two people become something greater than they once were.”

Of the petitioners, he observed, “Their hope is not to be condemned to live in loneliness, excluded from one of civilization’s oldest institutions. They ask for equal dignity in the eyes of the law. The Constitution grants them that right.”

As Americans, we recognize and proclaim that all persons are equal and should be treated equally.   Will Jeff Sessions uphold these principles and the laws which embody and implement them?  Will he use the Justice Department to assist the president-elect in changing the laws to suit his beliefs?

Only time will tell.  It is likely that he will be confirmed.  Those of us watching, those of us who have listened to racist, misogynist words and principles spewed from the mouths of Donald Trump and his supporters, stand with bated breath.  Those of us inclined toward prayer have given this to a divine entity, with the fervent hope that this nation goes forward, and not backward.

As for myself, from my little satellite office in Liberty, I pray that neither Trump nor Sessions falls into the dangerous, mean-spirited land which the company they keep seems to suggest that they intend to frequent.  Between them, they will possess a combined power which  could slay all of us.  Our lives and liberty depend upon the continuation and furtherance of an American spirit broad and accepting enough for all. 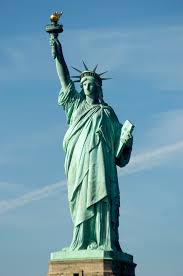 To understand what the Attorney General does, click HERE.

For an admittedly partisan but fairly accurate summary of how the Attorney General impacts our nation, click HERE.