Lamenting, wailing, and gnashing of teeth heralded me when dawn broke yesterday.  Congress convened at 1:00 a.m. and began dismantling the ACA, the radio blared.

I stood in the kitchen listening, scrolling through social media and scowling at the thought of a Senate which had refused to act for six years reinvigorating itself with such intensity.  The website of the news station recently maligned by the president-elect outlined the story:  “This resolution will set the stage for true legislative relief from Obamacare that Americans have long demanded while ensuring a stable transition,” Senate Budget Chairman Mike Enzi of Wyoming said, just after 1 a.m. “The Obamacare bridge is collapsing and we’re sending in a rescue team.”

Happens that the ACA has not failed as miserably as all that.  As one writer said, “For all its recent difficulties, of which there are more below, Obamacare has made American health care both dramatically more affordable and humanitarian. Its various cost reforms have helped bring medical inflation to decades-low levels, and it has given access to basic medical care to 20 million Americans who lacked it before.”

For myself, the ACA has been a qualified success.  More of my expensive care has been covered, at higher percentages.  Though my premiums raised, they’d done so every year for a decade and at about the same rate.  I am not alone.  I know cancer survivors who have insurance now who wouldn’t have been able to obtain a policy before the ACA.

By the same token, many resent being forced to have coverage, a key requirement of the Act, intended to balance the burden by bringing healthier Americans into the premium pool.

By all world views which I have heard in my travels through the Interwebs, a single-payer system would be best but that seems un-American to some, bordering on socialism.

What troubles me about this week’s events centers not on the substantive issue of whether we should or should not repeal all or some of the Affordable Care Act.   Rather, along with many including Rep. Nancy Pelosi, the thought of the previously immobile Senate suddenly churning its rusted wheels flabbergasts me.  Pelosi cautioned that Republicans would “cut and run” on people with health insurance and worried that Republicans would end up cutting Medicare benefits as well.

But I think our worry should be less on result than on methodology.  What beings creep in midnight hallways, voting when the nation which they purport to represent has gone to sleep?  What do they hide, in their night-time wanderings?  What specter do they shield from our discovery?

And what about the fact that they steadfastly declined to do their job for the last six years — stonewalling any action over and over?  Are these the kind of men and women who should be leading our nation — ones who only act when the lemming mentality can be used to pull us over the cliff, and do so under cover of darkness?

I’m sure they would say it differently.  They’d say that their majority now allows them to act, where they could not do so before they had control of the White House and felt certain of presidential endorsement.  But why did they shun compromise in those years when President Obama sat in the Oval Office?  Is not our nation intended to be one of checks and balances, which noble end the two parties could serve rather than shirking?

I never thought before now that there should be a daylight prerequisite to Congressional action.  But happenstance has shown us that a brighter light needs to be shone upon the work in Washington.  If their efforts give them pride, then let the votes be taken while the people are awake to see, rather than as we sleep in innocence.

Here in the Midwest, dire warnings occupy the radio, portents of ice storms and frigid air.  But my veins run cold already. 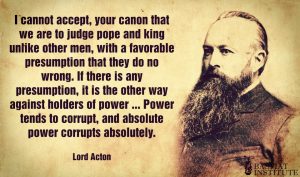 One thought on “What beings creep here?”