I’m late to the band wagon in commenting on the attempts by Mitch McConnell to silence Elizabeth Warren, though my Facebook cover and profile picture both broadcast my admiration.

I’ve been thinking about the concept of persistence as I struggled through a week of working despite a nasty cold, maladjusted clotting time, and secondary sinus infection.  News of Senator Warren being prohibited from reading Coretta Scott King’s letter opposing Jeff Session’s appointment to the bench boggled my mind.  I view Senator Warren as one of the finest politicians we have — a statesperson, like Senator Bernie Sanders.  I don’t know her entire voting history, and I frankly found myself disappointed that she backed Hillary Rodham Clinton.  But good golly, you’ve got to admire the woman.  She takes a stand and hammers at it, regardless of the opposition, irrespective of the castigation of her colleagues, far into the night and into long weeks and months of fighting.

I’d bet money, marbles, or chalk that if Mitch McConnell had thought for ten seconds, he would not have handed the resistance movement such a beautiful line.  She was warned.  She was given an explanation.  Nevertheless, she persisted.  Beautiful, right?  I, for one, would have paid good money to a marketing company for such a gem.  I can see the advertising agencies all over the east coast shaking their heads in regret that they did not conceive the brilliant new slogan of those who oppose the administration of old #45 and his Congressional cronies.  Billions of dollars in licensing revenue lost!

I’ve already ordered my t-shirt from a campaign benefiting Planned Parenthood.  I am not much of a t-shirt-wearing person, but I plan to sport mine all spring, alternating with the Women’s March on Washington in Kansas City shirt that I got at the rally.  I haven’t felt so motivated in decades.

But why?  Is this a throw-back to the sixties when women rose against low pay and stereotypes that oppressed us?  Possibly.  But the fight now seems more critical even than the push for fair wages, the right to breast-feed in public which still eludes us, and the good-old-boy mentality that stubbornly lingers even in 2017.  America faces a clear and present danger akin to that facing every abuse victim whose face bears the hammered bruises of her attacker’s blows.

How many victims of a bully mentality have heard those words?  Now we face their repercussion on a national scale.  Our environment, our civil rights, and our national identity as inclusive can and will be pummeled into dust if we do not challenge those who would send us reeling backward.  Rumblings from Washington suggest that pivotal agencies face curtailment;  taxes will be adjusted to favor corporate greed; equal access to health care will take a back-seat; and sweeping changes in policy and law will threaten our neighbors based on national origin, gender, and sexual orientation.

We’ve been given an explanation:  The Republicans and #45 want a return to the days when the rich got richer; the poor fell further behind; and anyone whose face did not reflect the color and contours of established norms got the shaft.  Regardless of how they cast it, “Make America Great Again” reflects their desire to return us to earlier times: before civil rights, before protections for the environment, before marriage equality, before the enactment of laws to protect disabled persons and persons “of color”.  What else do they mean?  If they have another explanation, they have yet to offer it.

Nevertheless, we persisted.  The only thing a bully understands is strength.  We can fear reprisal, but we must — nevertheless — persist in our resistance to an erosion of the progress made in this country in the last 75 years, particularly the move forward that we experienced under President Obama’s thoughtful eight years.

Look:  I’ve read blogs which say, Give the current administration a chance.   A gracious sentiment but impractical.  We heard his rallying cries.  Grab ’em by the pussy!  A few Republican voices protested that gross description of how #45 treats women, but once he won the electoral vote, all 50 of them fell in line behind his hulking shape.  Once he took office, he began gathering new reptiles to populate the swamp — billionaires with no experience who verbalize contempt for the means by which our nation protects its environment, its under-privileged citizens, and its children.  If we give this administration a chance, it will eviscerate all that this country holds dear.

So:  You’ve been warned.  You’ve been given an explanation.  You determine what you do now.  As for myself, I intend to persist. 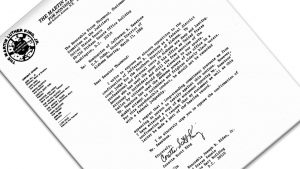