We have not even reached the 30-day mark since #45 took the oath of office.  Yet one of his people has already resigned for lying about his contacts with Russia.  It’s been a chaotic week in Washington, surpassing most expectations of how bad it can get.

I’m not an SNL watcher except for the clips which make the rounds on social media.  They might have gone a bridge too far with their “Fatal Attraction” mimic of Kellyanne Conway.  But she disturbs me, with her muttered defenses of #45, her insistence that life is beautiful all the time on his already-strained watch, and her 180-turnabout in her opinion of him which I’ve yet to see anyone confront.  Oh, I get that she got twisted in her bungled mention of a non-existent massacre in Bowling Green.  That can happen to anyone.  And who doesn’t just bet she regrets coining American’s favorite term, “alternative facts”?  But she just spews and defends lie after lie, and seems shocked when someone calls her on it.

But here is where my mind boggles:

“The presidential powers will not be questioned.”

Say that to yourself.  Say it out loud.  Say it with me:

The presidential powers will not be questioned.

Have you raised your hand in a Nazi salute yet?  Have your gonads shrunk?  Are the little tiny hairs running along the back of your neck rigid and cold yet?

Is your passport current?  Did you send a message to your Facebook friends in Europe asking if their guest bedroom might be rented for a proportional share of what you’ll have remaining when you sell your house and close out your retirement account?

Or are you satisfied to watch our democracy morph into the kind of place where presidential powers cannot be questioned?  In castigating the judges who stayed the effectiveness of #45’s executive order on travel, Senior White House policy adviser Stephen Miller “seemed to be serving notice Sunday that the administration thinks the courts should play no role in reviewing any of Trump’s decisions related to national security.”  (Aaron Blakes, Washington Post, 13 February 2017.  Does that bother you?

I’m thumbing back in my Laurence Tribe  just to confirm. Yes, this nation has three branches of government:  Executive, Legislative, and Judicial.  “Separation of powers. . .refers to the division of government responsibilities into distinct branches to limit any one branch from exercising the core functions of another. The intent is to prevent the concentration of power and provide for checks and balances.  ”  National Conference of State Legislatures, “Separation of Powers:  An Overview”.

I see challenges to the current administration’s bold disdain for these checks and balances but none of these challenges will succeed unless they become more pervasive and gain bi-partisan support.  Even the many lawsuits filed in federal courts by stalwart defenders of liberty such as the ACLU will eventually flounder when they reach the rocky shores of an increasingly conservative Supreme Court.  Yet the majority of American citizens did not vote for the current administration.  Moreover, we have no idea how many of the 48% who did would have endorsed the autocracy that he gathers around him like an ermine cloak.

Those who lie for him must not escape scrutiny and punishment.  We can only hope that eventually the number of people willing to fling alternative facts and incomplete information to bolster his exercise of power will dwindle.   I look to Congress to finally answer their constantly ringing phones and hear the voice of the American people, reminding them of their solemn duty. 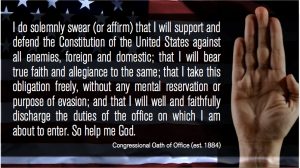 If you enjoy this blog, please tell your friends about it. Thank you.
11
SHARES
ShareTweet

One thought on “The mind boggles.”