I tried to listen to #45’s press conference but couldn’t.  His particular brand of governance exhausts me.   The necessity for fact-checking every other word out of his mouth forces me to view him in recorded reality so I can pause, go over to Reuters or some other reliable website, and figure out the truth of the matters at hand.

My sixty-one-year-old gut tells me that I shouldn’t have to do that.  His advisers should provide him with facts.  I expect a politician to shade and characterize reality with nuance, but not to just flat-out lie about verifiable situations.  If I can run a search on the internet and disprove a speaker’s statements, I shut down.

When The Toronto Star fact-checks the American president and points out The 80 biggest lies he’s told in the scant month of his administration, you know we’re in deep trouble.

I’d like to link to a piece by John Oliver in which he hilariously but intelligently eviscerates #45’s disconnection from reality.  I refrain from giving you that link only because of its vulgarity.  But Oliver’s observations should alarm all of us.  The president of the United States gets “news” from opinion rants on television. He repeats the statements of the ranters as fact in his television appearances.  The fans of the president around the country quote him.  The statement which started as alarmist opinion now carries the imprimatur of legitimacy and others quote the statements to prove their allegiance to the president.  The president then uses those people to demonstrate a claimed level of agreement with  his positions.

This process can be annoying on a small social scale but now the mutation of opinion into fact grounds the policy of the American president.  Our future as a democracy stands on an insubstantial foundation formed from bricks made of polluted air.  Any legitimate or workable strategy for governance arising from this corrosive process will be completely accidental.

The question we must ask: Do we want to leave the running of our nation to happenstance?  I don’t like to think of Washington as operating like a blindfolded drunk teenager playing darts in the back room.  The wild throws might occasionally hit the board, but everybody in the place runs the risk of getting punctured.  The contemplation exhausts me.  For four long years, those darts will keep coming at the unsuspecting waitress passing through the game room with a tray of drinks.

I don’t want to believe that we are doomed.  But it’s beginning to look that way.  When alternative facts and misinformation underpin the daily existence of the person holding the codes to world destruction, nothing good can result.

When that person lets the guy toting those codes pose for selfies in a  Florida country club, it’s time to knuckle down and figure out how to save ourselves from this insanity. 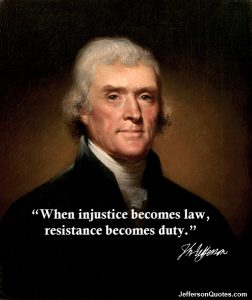 2 thoughts on “In the face of certain disaster”