For four years, I was married to a white Christian male who voted Republican and worshiped at the altar of The O’Reilly Factor.  He commandeered the couch and the tube every evening to pay homage to the hate-mongering on Fox News.  I retreated upstairs to a book and a cup of tea, not because I did not love my husband but because I could not tolerate the screaming and the hatred.

Now the monument to the very worst of American men has crumpled beneath the practical realities of capitalism.  Don’t believe for one moment that the people who amass their wealth from the powerhouse which is the Fox network care about women or diversity.  They care about money.  O’Reilly’s continued presence at their network cost them advertising.  Apparently Rupert Murdoch could handle the few million bucks thrown at claimants to silence them.  But when fifty advertisers pulled their contracts from the O’Reilly Factor, well, as Trae Crowder would say, That shits wild, man, we ought to be payin’ attention.

O’Reilly’s racist and sexist attitude spoke to millions.  I can’t help thinking, though, that if the companies whose advertising dollars floated him for twenty years had developed a collective conscience sooner, perhaps the November election might have gone another way.  Our current president rode O’Reilly’s lava of anger to the White House.  Certainly, other hoarse voices sounded the call to arms of the Trump voter.  But O’Reilly bellowed the call wearing an expensive suit in front of millions every day.  He gave legitimacy to bigotry.

A wise millennial who shares my DNA and convinced me to vote for Bernie Sanders predicted that America would get the president whom it deserved.  I fear that he might have been right.  We fell asleep at the wheel and while we dozed, our baser instincts took over and steered us straight into Hades.

My mother raised me to believe that we ought to treat every human being on the planet  the same.  The same.  I vividly recall the moment when she flinched with something I now recognize as regret.  I came home from school one day, early in my Freshman year of high school.  I brought an article from TIME magazine which contained a story about a family, complete with pictures.

I’m confused,  I told my Mom.  I have to write an essay commenting on this article, but I don’t understand what’s so great about these people.  The TIME writer had been a little oblique.  I stared at the photographs of a happy, loving bunch — Mom, Dad, five or six kids.  A small family by my parish’s standards.  I couldn’t figure out why my teacher felt this to be worthy of a five-paragraph exposition.

My mom gestured to the breakfast room table.  We sat down and she spread the pages of the magazine open.  Do you see anything odd in this picture, she asked.  I shook my head, genuinely mystified.

My mother laughed, but her laughter carried that hint of chagrin.  She skimmed the article itself, but couldn’t find any reference to the remarkable nature of this story.  She finally told me:  One of the daughters was black; her siblings were all the white biological offspring of their parents.  In 1970, a cross-racial adoption merited headlines.

America has not come so far after all.   A majority of us still assemble on either side of an imaginary colored line.  In fact, deep in the gut, many of us still shudder at the sight of oddity:  The unshaven filth of homeless bodies; the covered heads of Muslim women; the flash of metal braces on crippled legs.  These frighten and confuse us.  So we sit on couches and bond with racist old men who grope the interns in the break room.  As long as the bills get paid, those who employ the angry mouths who spew vitriol at the camera turn a blind eye to the divisive rhetoric which drives their ratings.

Bill O’Reilly’s firing made headlines yesterday.  The late-night talk show hosts got their own ratings boost from ridiculing him.  As funny as I found The Daily Show’s depiction of O’Reilly’s racist ways, that gallows humor should give way to something stronger.  Rather than mocking O’Reilly to boost their own ratings, troubadours of truth should be combing the streets for signs of hope.

Yes:  that’s it.  Let’s consign the criminals who rape our women and slander our citizens to the corridors of justice.  Instead of expanding the fifteen-minutes of fame accorded to people who promote racism and sexism, let’s snatch the microphone from their hands.  Let’s take it into the audience, and find others who quietly move America forward, towards acceptance, and harmony, and peace.

Like this guy — say his name — RICK STEVES.  As told by the Seattle Times,

“In 2005, Steves formed a unique partnership with the YWCA and Edmonds Rotary to improve and operate his Trinity Place apartment complex as supportive housing for families.

“The 24 units in Lynnwood have since helped 61 impoverished families, including 125 children, get back on their feet and avoid homelessness. Most current occupants are single mothers seeking to get their children back after overcoming addiction.

“This was more than just philanthropy. It was also a creative and compassionate retirement plan. Steves benefited as the value of his property increased, but even more so from the pleasure he derived from helping those desperately needing a home.

Steves, 61, has now made enough money with his Edmonds-based travel business that he no longer needs the asset to retire comfortably. So he recently gave the $4 million complex to the YWCA Seattle-King-Snohomish outright.”

Now that’s somebody we oughtta be talkin’ ’bout. 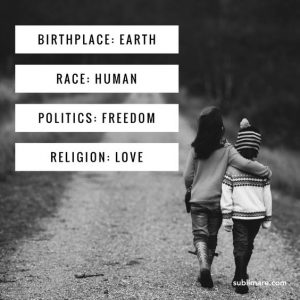 If you enjoy this blog, please tell your friends about it. Thank you.
5
SHARES
ShareTweet

One thought on “The O’Racist Factor”