Every day our senses endure the assault of gross behavior, argument, hatred, and lies.  I’m talking about our elected officials and their staff.  They bombard us from Twitter and the news, using vulgar language; recitations of allegations so patently incorrect as to be clear lies; and attacks on each other and our way of life.

Do I need to provide links?

The president goes to Europe and comments on the physical appearance of the wife of another head of state.

The president lashes out at an entire class of people based upon their sexual identity, pronouncing that they won’t be allowed to serve.  (Don’t get me started on the bizarre, unpresidential method of making the announcement of his new policy or the lie about consulting generals, who claim to have known nothing of this.)

I filled out the Massacree with the four-part harmony. Wrote it down there Just like it was and everything was fine. And I put down my pencil, and I Turned over the piece of paper, and there . . . on the other side . . . in The middle of the other side . . . away from everything else on the other Side . . . in parentheses . . . capital letters . . . quotated . . . read The following words: “Kid, have you rehabilitated yourself?”

I went over to the sergeant. Said, “Sergeant, you got a lot of god-damned Gall to ask me if I’ve rehabilitated myself! I mean . . . I mean . . . I Mean that you send . . . I’m sittin’ here on the bench . . . I mean I’m
Sittin’ here on the Group W bench, ’cause you want to know if I’m moral Enough to join the army, burn women, kids, houses and villages after bein’ a Litterbug.”

That’s how this whole distraction about trans gender service members feels to me.  I mean no service member any disrespect, nor do I mean to make light of the difficulty facing trans gender persons.  And that’s the point.  This is kind of like Catch 22, isn’t it?  You have to be sane to want to fight; but what sane person would?   Here’s the deal:  If you want to join any branch of the military in this day and age, you probably love your country and feel drawn to protect its ideals.  If you meet the standards of the physical challenge and a shrink certifies you as competent to tote a weapon and march; to huddle beneath fire, friendly and not; to jump from a plane surrounded by rapid fire; well, then, who am I to question your fitness based upon whom or how you love?

In fact, if a person summons the courage to stand before his or her family, friends, and cohorts with the news that they want to change their gender, that person has established that he or she has strength of character.  I want such a brave human standing between me and the enemy.

On the other hand, the type of person on whom I would never rely is the one whose mind has such narrow limits that it defines worth by the contours of its mirrored image.  The person whose vocabulary has stymied in the sixth grade could never effectively dialogue with men and women who determine the world’s destiny.  The man who leads by creating an internal environment of crude attack rather than of thoughtful cooperation will take his lemmings over the cliff to certain death, gleefully wearing the only parachute among the thoughtless, maddened crowd.

We cannot let this become the new normal.  Our country spent 240 years growing, maturing, changing, and improving.  We learned to be inclusive and expansive.  We cannot now shirk from this undeniable, internal threat to our citizens.  We cannot allow the putrid stench of discrimination to foul the expansive air which this country has always sought to cultivate.

This is not a race issue, or a class issue, or a partisan issue.  The threat to our nation runs much deeper than any single group.  The very fabric of our existence has fallen under attack.  We have woven the American tapestry with richer and more vibrant threads as time has shown us the virtue of acceptance.  To return to a day when we placed value on sameness and on gross treatment of anyone not fitting into a single mold would not make us any greater.  Rather, such a regression would and will diminish the greatness that we have known, and that we would have our children inherit. 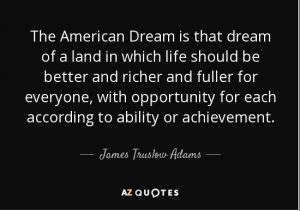 If you enjoy this blog, please tell your friends about it. Thank you.
8
SHARES
ShareTweet