Good morning, guys and dolls of the American public — and the twenty-five subscribers who must have become convinced that I’d lost interest in the political scene.  Not true.  In reality, the shenanigans in Washington and around our nation have so overwhelmed me with sadness that I could not bring myself to comment.

With the unsealing of the first indictments pursued by Special Counsel Robert Mueller arising out of his investigation of the Russian hacking of our election and other nuances, I felt compelled to speak.  Perhaps you will find the subject of my morning ruminations mundane; perhaps you will disagree.  Grouse on, my friends; you are entitled to do so.

What awakened my ire in the last days has been fulminating in my ulcerous gut for the last year or two.  A minor point, perhaps, but none the less, it’s my platform and I’ll cry if I want.  (For a platform on which I disdain complaint, cruise on over to My Year Without Complaining.)  Here it is, folks:  The lack of presidential bearing of the man who currently occupies the White House.

I don’t like them to whine, grouse, use third-grade vocabulary, or spend all morning thumbing their phones instead of striding with purpose towards Capitol Hill to sleigh dragons and kick butt.  I prefer them to avoid angry tirades unless directed to dastardly deed-doers who attack America and its allies, rather than political opponents from last year’s news.  In my view, presidents should remain calm in crisis, hold a steadying hand for the men and women of the Armed Forces, and conduct themselves above and beyond any personal reproach. (And yes, Bill Clinton violated that last dictate.)

I recently posted two clips to speeches that portray presidential demeanor at its finest.  They span from Republican to Democrat,.  They hit the airwaves on the same weekend, at a time when so many of us wish that somebody else, nearly anybody, had won the election other than the person who got the electoral college vote.  I watched the clips several times, recalling each man from his own years in the White House.  One had my vote (twice) and my political alliance; one captured neither.  One looked and sounded as he always does, intelligent, knowledgeable, and articulate; the other came across better perhaps by comparison to the social media rants of the current president but still: good, solid, measured.

I’ve spent a week reflecting on my overall discontent with Mr. Trump.  I disagree with his politics, his personal behavior, and his misuse of his office.  Overlaying that:  I object to the way in which he demeans the office and the country’s image by his constant, childish harangues on Twitter.

Trump brags about having the nation’s ear via this instant vehicle for vitriol and vehemence.  But I don’t think the president should air the nation’s dirty laundry at all, much less 140 inane words at a time at two a.m. with his dinner fermenting in his own troubled craw.

Rather, the leader of the greatest nation on Planet Earth should be a calm guiding force.  He or she should understand and honor the U. S. Constitution even if he or she wishes to support a different construction of its terms than presently popular.  The President represents the United States on the world stage.  He or she should not be known for pussy-grabbing, tantrum-throwing, or name-calling.  In-house disputes should stay there.  Firings should be done in private and described with circumspection when unveiled in carefully-crafted press releases.

If Donald J. Trump worked for me, I would have sanctioned him in writing by now.  We’d be on phase three of an action plan with termination looming.  His computer password would have been changed to something that I can access, and a key-stroke recording application would be installed on his desk-top.  I’d be suggesting, quietly, that he might want to start looking for a job within his skill set.

I don’t know if Mueller’s investigation will bring down the White House.  A fair number of heads would have to roll before everyone in the administration flees and the grown-ups retake the castle.  In the meantime, I’d like to suggest to #45 that he follow a few simple rules.  Think before you speak; and when you’re done thinking, don’t speak.  You have two ears and one mouth for a reason:  Use them in proportion.  Study the actual work history of your employees and lean on those with experience in areas that you have not previously worked.

Above all:  Study past presidents, and walk the walk.  Talk the talk.  Do your country proud.

Here’s looking at you all.  Stay strong.  Remember, America has always been great. 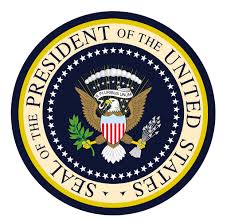 If you enjoy this blog, please tell your friends about it. Thank you.
10
SHARES
ShareTweet