In 1980, I spent an inordinate amount of time completing the necessary paperwork to start law school.  When I reported for attendance, I assembled in a lecture hall with one-hundred and fifty other first-year students to tender my fingerprints.  The Supreme Court of the State of Missouri had to be certain that I was of sufficient moral character to hold an attorney’s license.

I do solemnly swear that I will support the Constitution of the United States and the Constitution of the State of Missouri;
That I will maintain the respect due courts of justice, judicial officers and
members of my profession and will at all times conduct myself with dignity becoming of an officer of the court in which I appear;
That I will never seek to mislead the judge or jury by any artifice
or false statement of fact or law;
That I will at all times conduct myself in accordance with the
Rules of Professional Conduct; and,
That I will practice law to the best of my knowledge and ability and with
consideration for the defenseless and oppressed.
So help me God.

I had a choice of taking the oath before any judge or notary.  Loren meant more to me than a faceless man in a black robe in Jefferson City.  He imparted a somber tone to the proceeding, despite the boisterous setting.  He made me raise my hand.  He had me repeat the words; and then he signed the license which I still treasure, though his signature has faded and the frame hangs crooked on the wall.

A few months later, a federal judge again required me to raise my hand, this time to take the federal  Oath of Office so that I could do business in his courtroom.  Its words bound me to  a narrower but equally firm constraint:

I DO SOLEMNLY SWEAR
THAT AS AN ATTORNEY AND AS A COUNSELOR OF
THIS COURT, I WILL CONDUCT MYSELF UPRIGHTLY AND ACCORDING TO LAW, AND THAT I WILL SUPPORT THE CONSTITUTION OF THE UNITED STATES.

As I watched the news this week, my oaths of office weighed heavy on my heart and on my shoulders.  I scrolled the internet on Tuesday, 29 May 2018, until I found a station about to broadcast the announcement of Eric Greitens, governor of my home state, regarding his intention to resign.  I listened to his feeble attempts to blame his fate on anyone or anything but himself.  Today, 30 May 2018, I watched the announcement by the St. Louis prosecuting attorney of the deal which led to Mr. Greitens’ resignation.  The same thought plagued me over and over as she spoke:  He sold his office for a dismissal; and she sold hers for something so much more than what he gave.  I felt her remorse:  She did not expect him to spit in her face as he exited.  She thought he would be gracious in defeat — or maybe, grateful.  He certainly showed neither inclination.

I had to search for it, but  I finally found a site which told me what Mr. Greitens had sworn when he became Missouri’s governor.  The words had a familiar ring:

I do solemnly swear, or affirm, that I will support the Constitution of the United States and of the state of Missouri, and faithfully perform the duties of my office, and that I will not knowingly receive, directly or indirectly, any money or other valuable thing for the performance or nonperformance of any act or duty pertaining to my office, other than the compensation allowed by law.

I found myself wondering if he spent as much time worrying about violating this mandate as he spent arguing over whether he had broken any laws.  Perhaps the oath had no meaning for him.  Perhaps he did not feel bound by it.    Maybe he did not raise his hand as seriously as I did, thirty-five years ago, my eyes fixed on the keen gaze of a man from whom I had learned much about my obligations at the Bar.

From higher still, from the nation’s capitol, comes word that the president of the United States of America asked the highest-ranking attorney of our nation to maintain control of an investigation from which he had recused himself.  I have not pretended to admire Jeff Sessions.  But his decision to recuse himself from the work being done by Robert Mueller gained him some measure of respect from me.  He made the right choice, the choice dictated by our Rules of Professional Conduct.  He claimed that a federal regulation disqualified him, and that might be so.  But I have known for nearly forty years that certain matters would require me to refrain from representation. Certainly potential implication in the matters under investigation, whether as material witness or any other close actor, would fall within the gambit of recusal.  Yet the president remains outraged that Mr. Session will not take back the reigns and steer the carriage  in some direction away from where the truth appears to lie.

I shake my head.  I feel a growing sense of sorrow, a heavy fear that all of these forgotten oaths will weave together and become the cloak of ruin for our nation.

These times and these events deeply trouble me.  For three and a half decades,  I have often clung to sleep with trembling hands, worried about some duty that I feared I did not faithfully discharge.  I rake my client lists even now, with my practice nearly closed, panicked that a name or a date might have gone untended.  I strain to hear my voice mail messages, lest one of them be the querulous tones of a client who believes that I  have undertaken some urgent task on their behalf of which I have no  recollection.

For some of us, certain truths seem self-evident.  My current grief arises from the awful knowledge that the principles which I hold dear seem to have lost their value.  Those principles  dictated how I managed most of my adult life.  I have always understood them to be the foundation of our society.  When indifferent politicians crush these ideals beneath their careless hooves, I can almost hear our country’s founding fathers  groan from beneath the crumbling marble of their headstones.  I have no doubt that I can hear Lady Liberty weep. 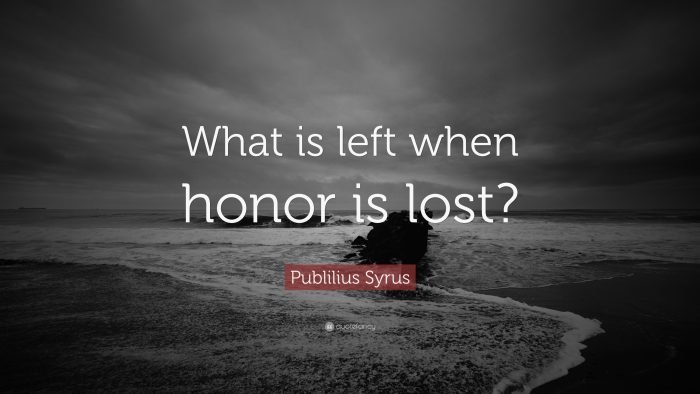