On 11 September 2001, I sat transfixed in front of a computer in my office watching 3,000 people, mostly Americans, disintegrate in the ashes of the World Trade Center.  I felt helpless, and insignificant, and alone.  My receptionist eventually came to the office but her brother, my friend and legal assistant Alan White, could not leave his phone.  His daughter in NYC had not yet gotten through to confirm that she had not died in that terrible tragedy.  He waited in anguish all day until a phone line finally opened long enough for them to speak.  His anguish has not faded from memory — not from mine, and certainly not from his.

Those feelings heaved from the pit of my stomach yesterday as I scrolled through story after story about the separation of children from their parents seeking refuge and asylum in America.   I cannot imagine how the parents of children torn from their arms can handle the terror of that act, let alone how those children will ever survive.  The revulsion in my belly mirrors a fraction of what those people must endure.   As a guardian ad litem representing abused and neglected children in Missouri, I have taken enough workshops in the neurobiology of trauma to fear what these experiences will do to these blameless children.   They will be irreparably harmed, in ways that only scientists and other victims can hope to comprehend.

This senseless situation does not flow from the parents’ decision to bring their families to America.  Our country boasts a statue proud and visible on our eastern shore, seeming to welcome them.  Perhaps they can be forgiven for failing to recognize the bitter significance of its placement on the Atlantic rather than beside our southern border.  Perhaps they did not realize that the words on that statue’s base have an invisible asterisk, an ironic qualification excluding the tired, the poor, and the huddled masses from Central America.

My sense of being unable to stop the onslaught of this despicable, deplorable desecration of human rights  intensified as yesterday waned.  Though this crisis has no immediate personal impact, I see both my tight circle and the broader context of my existence crumbling.  I could not escape recognition that at least three persons whom I love voted for the current president and seemingly still support him, his bumbling and inept administration, and his treacherous policies.

As of 1:00 a.m. today, one of those persons feebly clung  to articulated and erroneous belief that Trump’s decision to separate children from their families followed a statutory mandate, and one enacted by a Democratic Congress some years ago.  I love this woman.  I respect her.  I will not name her, because of my regard for her.  But she is wrong; and her delusion frightens me because of my admiration of her.  If such a woman, a smart woman fiercely protective of children in her own right, believes these lies, how can any mere mortal reject them?

Among the many staggeringly awful stories about this situation — the ‘tender years’ camps; the audio tapes of children sobbing for their parents; the sight of small bodies wrapped in stiff, crackling, silver fire protectant fabric — you would think that Corey Lewandowski’s awful declamation of “womp, womp” about a child with Down’s Syndrome would seem the least disgusting.  But somehow, perhaps because I have a beloved nephew with Down’s Syndrome, I found myself nauseated anew as I read that story.  Good God, man, I thought.  Have you no heart?

And so we come at last to the contemplation which fills me with such revulsion that I can barely function despite my distance from these events.  I cannot overcome the grief of it:  This vision of Americans, citizens of the Land of Opportunity, turning their backs on defenseless children who come to our doors seeking the life which they believe we lead.   American has apparently become heartless.

As a mother, this horrifies me.    Put aside that neither these children nor their parents have yet been convicted of any crime.  These are children.  We are taking them from their parents.  We are placing them in chain-link pens.   We are housing them among strangers who have been instructed not to hug them or to allow them to hug each other (an allegation which those who run these facilities deny, to be fair in my reporting).

Lewandowski and others blame the parents.  They say that the parents come illegally.  They say we must deter their unlawful entry.  They shrug and dismiss their own complicity.  The president whines that it is the fault of the Democrats, despite the fact that it is his administration which instituted this policy which no law mandates.  He blames the Democrats notwithstanding one immutable reality:  Republicans control the House, the Senate, and the Oval Office.

I call B.S.  I’ve already explained why, from the standpoint of a lawyer, I think all of these arguments miserably fail.  But there are more basic values at work here.  These children did not choose to come here.  Their parents did, just as the parents of DREAMERS brought them to America to start anew:  Here, where they hoped to be free.

Those parents flee famine, war, poverty, political abuse, and the threat of execution.  They do not make a journey of months — weary, hungry, dirty, sick — on a whim.  They haven’t folded their designer clothes in Louis Vuitton bags and boarded a jet for New York.  They cram clothes in a duffel bag and start walking.  They jam themselves into trucks, on boats, on the tops of buses.  The journey on which they embark is not one which I can imagine surviving.  Yet they do.  They present themselves at the gate of this land, a nation whose current condition rose from the fertile soil of its native inhabitants tilled by immigrants no better and no worse than those whom our leader now disdains.

In times past, I looked with admiring eyes to the elected officials in Washington.  Now I revile them through a fog of astonishment.  Perhaps, though, that astonishment arises from my own naivety.  I have been imagining that America held herself immune from such corruption.  Evidently, I myself suffered from the veil of delusion.  It can happen here.  It will, if men and women of good conscience do not arise and say, “No more.  Not here.  Not now.” 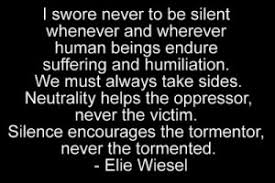 Post Script:  I checked NPR.org before posting and there had been no announcement of action by Trump.  A half-hour later, it came.  In fairness then, I’m adding this post-script.

If you enjoy this blog, please tell your friends about it. Thank you.
12
SHARES
ShareTweet