When I was an assistant prosecuting attorney in Jackson County, Missouri, I inherited a telephone with an amusing sticker on the receiver.  In red, white, and blue lettering, the decal advised me that “This Phone Is Not Secure”.  It had been given to the attorney who had previously occupied my office by an FBI agent.

In those days, state prosecutors disdained federal agents.  This hostility stemmed from the tendency of “the feds” to interfere with state investigations.  We wanted to keep the juicy folks for ourselves, and those pesky FBI agents would swoop down to snatch them.  Honestly.

Yesterday, an FBI agent claimed a victory which I do not begrudge him.  He triumphed over a handful of sniveling, whining, unpleasant members of Congress who attempted to apply double standards to impute bias of which not one shred of evidence exists.  One Congress member even suggested that because Peter Strzok found then-candidate Donald Trump repugnant, he executed his duty in a dishonorable way.  Strzok set the man straight in a powerful and moving excoriation of the true witch-hunt happening in Washington.

At the same time, the man who would be king denounced immigration, claiming that immigration will ruin Europe as he believes it has ruined America.  I find Trump’s statements profoundly disturbing.  The man married immigrants, descended from immigrants, and uses immigrant workers in the businesses from which he continues to profit.  Back in Washington,  Congress members deride Peter Strzok over his extra-marital affair, claiming that his marital infidelity erodes his credibility, a rule which they do not apply to the president.  The contradictions continue to mount.

My great-grandfather Conrad Ulz migrated to the United States on 29 May 1907.  He arrived on the Kroonland.   His wife and eldest daughter Johanna arrived a year later on the Zeeland.  They came for a better life, just as thousands of people from Central America seek when they arrive on our southern borders.  Johanna would later marry the son of Syrian immigrants. Her eldest child, Lucille, became my mother.  Like the current president of the United States — indeed, like every American — I am the proud descendant of people who sought refuge on the shores of this great nation.

Peter Strzok admits to imperfection.  But in his strong testimony yesterday, he evinced everything that is right about America.  He demonstrated honor in defense of the justice system. He admitted to being human and hurting his wife with his choices, an action that many in Washington must acknowledge having also done.  But he bore himself well.  He proclaimed his allegiance to the nation. He described an investigation stamped with integrity, untainted by political bias.  Meanwhile, the president denounced the very fiber of this nation and  attacked our allies while preparing to consort in secret with our enemy.

Peter Strzok symbolizes what is right with America. Trump embodies the worst of us.  To our great shame, we sent the wrong man as our representative.  I can only hope that Europe shows more compassion and understanding than our president has ever demonstrated.  If the rest of the world can endure the arrogant, misguided bumbling of Donald Trump, perhaps our nation will survive his time in office. 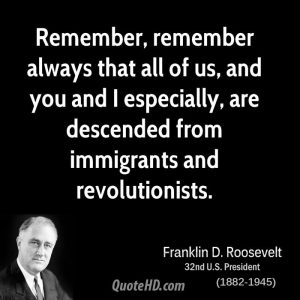