I’m warning you: Certain people should not read this blog entry.   Turn back, Dorothy.

If you don’t want to know anything about my tortured path to personal salvation, stop reading.

If you’ve ever made a nasty crack about a woman whom you presume to be promiscuous, stop reading.

If you’re a practicing Catholic who rejects the scandal of “clergy abuse” (gag me with a silver spoon), stop reading.

If you are related to me and would rather not know this about your sister/cousin/mother(sigh)/whatever, stop reading.

If you don’t want to confront issues which cause you to  accept that not everyone leads a perfect life, stop reading.

Still reading?  Then — listen:  The Vatican conference on the “Church’s new position about the crimes of its priests sickens me.

Or it would, if I cared about the Roman Catholic Church.

In 1971, a Catholic priest assigned to my high school presumed upon my sexual naivete.  I won’t recount the details; their relevance lies only in the scantness of my memory of them.

I did nothing about what I experienced except hide my face in shame, for the next 24 years or so.  In 1993, I disclosed what I suffered to the monk who had baptized my son.  I don’t know if my brother Frank knows that I did so, but it took place in his dining room. My words barely rose above a whisper.  They came in response to the monk’s query as to why I had not raised my son in the church.   “It’s complicated,” I replied.  “Try me,” he suggested.

So I did.  My explanation garnered only a blessing in reply.  I accepted his murmured prayer without comment.

A few years later, I told my best friend (slash) legal assistant, Alan White.  His outrage and support melded together with  such strength that I found myself able to act.  I wrote to the St. Louis Diocese. In return, a lawyer wrote to me.  We had some brief correspondence, during which I laid out my terms.  I wanted a small sum of money, a written apology, and to have the priest in question benched. I also insisted that I would not sign a non-disclosure agreement.

I got what I wanted.  I used the money to take my son and my  best friend’s sixteen-year-old daughter to Disney World and to buy a new car.  It wasn’t a lot.  Just enough.  I did make him re-write the apology.  His first draft put the blame on me.  After I stopped vomiting, raging, crying, and pacing, I called the lawyer.  I described myself in those days:  small, shy, virginal, and a victim of a chaotic home including severe abuse at my father’s hands for which I had sought help from the priest  in question.  The letter got re-written.

I never felt compelled to talk about the events of my sophomore year in high school even though I could. Over the next few years, I would occasionally get called for an interview. I’d answer their questions and a story would run somewhere. I refused the offer of counseling. I found the notion that the perpetrator’s employer would finance and monitor any therapeutic repair work to be patently absurd.

A half-dozen years later, I got a call.  My abuser had a chance to get his privileges restored.  My testimony was sought on the issue of his suitability for service.  I put on my only lawyer’s suit and drove to St. Louis in the now-rickety Buick which I had bought with my “settlement”.

The panel consisted of an elderly woman with exquisitely coiffed hair and too much pancake make-up; a psychologist; a deputy sheriff; and some priest — with fancy garb, so presumably high-ranking.  All acknowledged being Catholics.  They asked me a series of questions, as at any parole hearing.   What had he done to me (‘you don’t remember more than that?  Surely that wasn’t too bad?”)(“You did note that I was thirteen, right? And that it went on for an entire school year?  And that he was my teacher???“); what had I made of myself since then; did I realize that he claimed to have not done anything to anyone else?

The lady said, “You don’t look like a victim.”

I stared at her for a few minutes.  “What does a victim look like,” I finally asked. She glanced to her left and right, for moral support, I supposed.

“Well,” she finally managed.  “You’re a lawyer, for one thing.” She lifted her hands with their crimson nails.  That seemed to say it all for her.  The psychologist asked me if maybe I hadn’t been looking for love.  I had no answer.  Who  isn’t looking for love?  That doesn’t mean our sophomore religion teacher should oblige.

The cop showed the most understanding. He noted that the events which I described would have been prosecuted as felonies.  I thanked him for that, albeit silently, only with my eyes.  The priest threw his pen on the table.  I took that as a sign that my turn in the Inquisition had concluded.

When I got outside, I encountered a nervous woman in her twenties.  “How was it,” she asked.  I shook my head. “They’re clueless,” I told her.  “Except one guy, he’s in law enforcement.  The rest of them, don’t trust.”  She looked down  at the tissue which she had shredded in her lap.  I put my arms around her and squeezed her slender shoulders.

The priest who had coordinated my testimony walked me to the parking lot.  I could barely bring myself to be even nominally cordial.  He held my car door open for me.  Before getting into the driver’s seat, I remarked that the committee hadn’t taken me very seriously.  I asked if they expected me to be in a straight jacket, or covered with self-inflicted scars.

“We’re just getting started with this,” he replied. “We’re refining our approach. ”

That was 19 years ago.  Nineteen.  Now the Catholic church claims to have committed to doing more. They want the world to know that they consider “cover-ups” on a par with the actual abuse.  In the law, we call those “conspiracies”.  We talk of “accessories”.  We prosecute. We don’t just de-frock. We jail.  And if we don’t, we should.

I’m sixty-three years old.  A lot of terrible abuses have happened to me over the years.  I’ve inflicted some of them on myself. I’ve tolerated others because I felt worthless.  I’m here to tell you:  Don’t let the foxes try, convict, and sentence each other.  Don’t let them sit before a jury of their peers.  Let them be judged by a jury of my peers, the men and women whom they damaged, and from whom they stole even the solace of faith.

I daresay that would satisfy the requirements of due process by anyone’s standard. 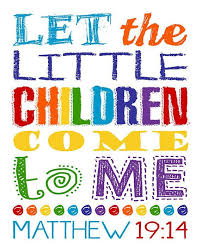 If you enjoy this blog, please tell your friends about it. Thank you.
13
SHARES
ShareTweet

One thought on “TRIGGER WARNING”