Here it is, for the ten people who might want to read what I have to say:  My reflection on “divisiveness” in the 21st century.

A week or two ago, I shared a meme on Facebook which three of my friends found objectionable.  I’d like to include the meme in this post, but I deleted my own Facebook entry and I can’t find the photo anywhere.  I’ll paraphrase, though.

Essentially, it alerted people knocking on a front door to group themselves by category:

Republicans should repent their evil ways;

Democrats should accept thanks and the sure knowledge that the home-owner had their backs; and

Sales people should get the h*** off the lawn.

“We should avoid extreme language like this,” my best friend sighed.

“Go ahead, promote this kind of attack!” one of my few conservative friends snorted.

“Oh, Corinne! Please don’t be so divisive!” came a milder rejoinder from my conservative friend’s wife, also a friend of mine.

About forty other folks “liked” the meme.  Many praised the general sentiment.  Some folks chuckled, given the humorous overtones of the actual wording.

I deleted the post because I respect all three of those who protested.  I decided to write a blog entry talking about the feelings which drove me to share the meme in the first place; and addressing whether I agree or disagree with my three friends.  For the record, of the three, one is definitely Democrat, one is conservative and probably Republican, and I do not know how the third leans or votes because we rarely talk politics.  (The fact that two of those three almost never comment on political posts prompted me to take their having done so to heart.)

I’ve had a few days to think about this situation, and here’s where the pondering took me.

The meme articulated a basic principle of US versus THEM.  If you’re “us”, we align and praise. If you’re “them”, we condemn and castigate.

Once upon a time, I would have avoided such extreme statements.  In retrospect, perhaps a more serious and accurate announcement would read like this —

SUPPORTERS OF THE CURRENT ADMINISTRATION’S POLICIES DESIGNED TO ERODE CIVIL RIGHTS: I HAVE NO INTEREST IN HEARING YOUR PROCLAMATIONS.

DEFENDERS OF THOSE CIVIL RIGHTS: I HEAR YOU AND I’M WITH YOU.

On 21 September 1983, I stood in a bar in Kansas City, Missouri in front of my then-boss and mentor, attorney Loren G. Rea.  I raised my hand and took the oath of admission as a Missouri attorney.  Here is the text of that oath, which I renew every year:

I do solemnly swear that I will support the Constitution of the United States and the Constitution of the State of Missouri;
That I will maintain the respect due courts of justice, judicial officers and members of my profession and will at all times conduct myself with dignity becoming of an officer of the court in which I appear;
That I will never seek to mislead the judge or jury by any artifice or false statement of fact or law;
That I will at all times conduct myself in accordance with the Rules of Professional Conduct; and,
That I will practice law to the best of my knowledge and ability and with consideration for the defenseless and oppressed.
So help me God.

I have watched the actions of the current administration through the lens of my duties as a Missouri attorney.  I have studied the actions of this administration and of those who seek to implement its policies.  On so many levels, the Trump administration spurns the dictates of our Constitution as I understand it. Certainly, if I supported Trump’s policies, I would fail to honor my oath of admission.  I could not support Trump and still promote “consideration for the defenseless and oppressed”,

The rollback of rights, protections, and programs at the behest of this administration pursued in the last three years astounds and offends me.  How can I condone the atrocities which Trump pursues?  How can I tolerate those who condone them?

I played around with the meme:

What if it said, “People who hate Latinos, go away.  People who love Latinos, you can stay.”  Throwing a gauntlet down, perhaps; but I have no problem with that distinction.  Do you?

What if it said, “Cross-burning members of the KKK, go away; Frightened African-Americans fleeing the KKK, come inside and take harbor”.  Do you disagree with the division still?  Do you object to my expression of that “divisiveness”?

You see, I believe that all humans are equal and should be treated equally.  I reject discrimination and I acknowledge that discrimination permeated much of society and governmental actions for most of our nation’s history.  I support a rule of law which forswears discrimination and promotes equality and inclusiveness.

I welcome immigrants into our country; I see this as a nation built by immigrants without whom we would not exist.

I welcome Muslims into our country; I see diverse cultures as crucial to the beautiful tapestry of my community.

I welcome those who are LGBTQ+,  recognizing that sexual identity, orientation, preference, and fluidity stem from biological determinants like hair and eye color.

I believe that government should not curtail the resources for those whom government officials are elected or appointed to serve.

I believe government exists to feed the hungry; house the cold; educate citizens so that they can excel and achieve; elevate the oppressed; encourage dialogue; and equalize opportunity.

If I posted that meme again, I might avoid party affiliations.  Instead, I would caution anyone who agrees with the principal policies, practices, and priorities of the current federal administration that such policies find no defender in my home.   They could enter if they needed a place to rest, but I would freely condemn their beliefs as antithetical to my values and the rights protected by the Constitution which I have sworn to uphold.   In contrast, I would applaud those who recognize the dangerous direction in which the current administration attempts to steer our nation.  For anyone still undecided, I would offer a chair on my porch, a glass of cold lemonade, and my promise to answer any of their questions and to listen to their concerns.

I’m not sure that would fit in a meme. . . or please anyone who disagrees with me. . . or that it would be considered less divisive.

In the final analysis, I suppose I’ve decided that the meme expressed my sentiments.

If you support what Trump is doing, I must strongly protest.

If you object to what Trump is doing, I applaud you.

And yes, if you’re selling something. . . get off my lawn!

These times threaten our freedom, our future, and indeed, the very foundation of our country.  Yes, Virginia, you have a right to your own opinion.  But if your opinion promotes bigotry, bias, and discrimination, I do not mind standing on the other side of a bright line from where you have chosen to place yourself.  In fact, I am duty bound to do so. 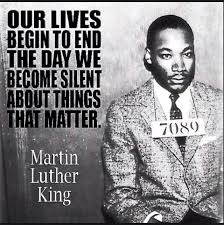