Note:  My current pursuit of editing 7 years of my initial blog into a book as taken me to dark alleyways of memory and little nooks of lost wonder.  Today I found this passage.  By way of background, my Saturday Musings began in June of 2009 as a weekly post to the erstwhile listserve SFIG, the “small firm internet group”.  The below entry appeared on the noted date in response to controversy which I  had inadvertently triggered that day.  This passage, only lightly edited, expresses an enduring conviction which I now recognize I have always held and will always hold.

A maelstrom of messages flooded my inbox as I worked yesterday, seemingly triggered by a remark which I had made on this listserve, a place where I have felt that I could be reasonably honest with my expressions of thought.  I admit that some of the more vehement posts that I read trouble me still.   I will summarize the original subject for anyone reading these musings who might not be on the listserve where they are first published.

I had encountered a woman who acknowledged fabricating a vicious lie about her own son because her son is gay, (a word here which means “homosexual”, not “happy”), and she harbors fear that her “gay” son will infect her young grandsons and “turn them like him”.  The woman and her daughter, the outraged mother of the grandsons in question, found themselves in a  quagmire of legal complications due to the false allegations made by the grandmother.

I firmly believe in freedom of speech.  I don’t recall who defined the First Amendment as a citizen’s right to say any damn fool thing he wants, but that’s my philosophy as well.  Am I not the daughter of a union organizer?  The sister of two brave souls who lobbied for the teachers’ union, one of whom might well have been derailed in his career due to his staunch support of his fellow teachers?  Did my mother not picket the convent when a rabidly angry nun pulled me from the floor that I was mopping on  my hands and knees, and shook me vehemently, decrying the fouling of her chapel with the sister of hippies?  Was the family Ford Maverick  not adorned with handmade bumper stickers which read, in my mother’s careful print, “Vietnam…Laos…Cambodia…But I have four sons!”?

Freedom of speech should carry with it a mandate of responsibility, and to some extent, it does.  We must not cry “Fire!”‘ in a crowded theatre where none rages.  We have to be mindful of other limits that have been carefully crafted by our courts — inciting violence, disturbing peace: the time, place and manner restrictions which have their origins in the words of Justice Louis Brandeis in Whitney v. California, 274 U.S. 357 (1927):

“[A]lthough the rights of free speech and assembly are fundamental, they are not in their nature absolute. Their exercise is subject to restriction, if the particular restriction proposed is required to protect the State from destruction or from serious injury, political, economic or moral….To justify suppression of free speech there must be reasonable ground to fear that serious evil will result if free speech is practiced…[N]o danger flowing from speech can be deemed clear and present, unless the incidence of the evil apprehended is so imminent that it may befall before there is opportunity for full discussion. If there be time to expose through discussion the falsehoods and fallacies, to avert the evil by the processes of education, the remedy to be applied is more speech, not enforced silence. Only an emergency can justify repression.”

Having affirmed my kinship with Judge Brandeis, at least in these beliefs, I come, then, to the reason that my Musings this date have no warm-and-fuzzy memory, no heartwarming, tear-tugging, rosy recollection.  I find that sentiment and nostalgia have abandoned me.  I can usually depend upon my mind to lull itself into a Saturday stupor, eased into the comfort of reverie by the gentleness of the morning breeze, the cheerful glint of early sunlight, and the wandering of those portions of my mind which are not needed for the week’s challenges and have been left to their own happy resources.  But this day, this Saturday morning, those extra brain cells had another chore.  While clients’ work commanded some ten or twenty percent of the brain trust afforded me by whatever force created my genetic code, the rest of my thought-power has been cogitating over the competing viewpoints expressed on the subject of whether persons who have a same-gender orientation have committed sin, should be able to marry, violate general precepts of propriety, or however one would characterize the various threads on this listserve that shot from my original post with a vengeance.

I despise bigotry; I embrace diversity; I shudder at the thought that a divine entity could condemn anyone for anything other than intentional inflection of harm.  [I have enemies; I have friends; while I am glad of that, I hold my views regardless.]  [From friend or foe,] I reject the suggestion that while “all [persons] are created equal (note the edit)”, there are some persons who might just be a tad bit less equal than others.  The smug suggestion that God certainly loves people who are of a certain sexual orientation, despite that sexual orientation, sickens me.  The further proposition that there should be an intertwining of the condemnations that religions espouse with the law which governs our civilian business enrages me.

And into the mix, [as I read responses on the listserve about these critical issues], someone threw a wrench that hit me squarely in the gut:  “The race card” — a suggestion that “we whites” should heed an “urgent warning” that “we will soon be the minority”.  I had to leave my desk and go into the bathroom and vomit.  Really.

There [were at the time] a thousand people on  the listserve where I post[ed] these Musings and happily [had] done so for four years.  They come in all shapes, sizes, colors, both genders (maybe some that have themselves experienced each gender) and multiple sexual orientations.  Our members live in cities, and suburbia, and rural Missouri, or, even, heaven forbid, rural Missourah. The posts generated on the listserve land[ed] in inboxes throughout the state [of Missouri] and in the Virgin Islands, and in other states, too, since some of the good members of the Missouri Bar have ventured elsewhere in this nation.  I am haunted by the hidden horror of members of the Small Firm Internet Group whom I don’t even know, or whom I know but who belong to a category of persons that is unknown to me:  The SFIG listserve member who sits at his or her desk wrapped in brown skin, or the subtle tones of Vietnamese pigmentation, with a picture of his or her same-gender partner on the desk nearby.  I picture that attorney raising his or her fingers to hit “delete”, feeling the nausea that beset me during this discussion, overwhelmed by the decades of the suppression of his or her basic nature that society demands.

In 1977, I got a job at Legal Services of Eastern Missouri as an assistant to Patricia Martin, their lobbyist.  Because of space limitations, I couldn’t office on the same floor as my boss, but hung my cape on the back of a door in the Housing Unit, working at a little steel desk.  One of the housing lawyers, Nina Balsam, took pity on me, inviting me to lunch now and then, talking to me about her work.  Others in that unit let me into their social circles.  I recall that time with considerable nostalgia. I often imagine myself in that unit still, decades later:  my first taste of the law, long before I decided to embrace it as my vocation.

Let me be clear:  I have not seen Nina Balsam in thirty-two years.  [And eight years later, I still have not.] I don’t even know if she is still alive, or what she is doing. I don’t know if she is, or was, gay or straight, married or single, partnered or alone.  I make no statements about her by recounting this incident.  I don’t think she would be insulted if I did, but as I have no knowledge to form the basis of any pronouncement, any I would make would be based on pure supposition and hence irresponsible.

One day Nina came into the office with a dejected look on her face.  Someone inquired as to the reason for her foul mood.  I did something last night that I never thought I would do, she answered.  We waited for the pronouncement, expecting some wild event, or some profound decision.  I shaved my legs, she said, and slumped into her chair.

I learned a valuable lesson from Nina that day, one of many that she and her colleagues taught me. Who we are, and how we are perceived, contributes to the response that others have to us.  This immutable fact haunts us.  Are we genetically driven to like certain people, because they are like us, because they conform to what we expect of others?  Are we socially conditioned to reach certain conclusions about people based upon the minute nuances of their personal comportment?

All of these principles  swirl in my subconscious.  My dreams [at times] contain troubled imagery, symbols that I do not comprehend.  I have remained both troubled and intrigued by what I saw in the various posts [on SFIG], those by outraged Christians, the humorous ones, the thoughtful and intellectual examinations of these most weighty issues, even those containing what I still perceive as disgusting prejudice.

The First Amendment allows us to speak as we will, provided we honor what the law proscribes as speech that violates certain time, place and manner restrictions.  The law in turn must make those restrictions as sparse as possible, to serve the greater good but not drive it, to protect order but not demand it, to allow others to traverse society without itself defining what the society will be.  I would not have it any other way.

My quarrel is not with the freedom to speak.  My quarrel, then, must be elsewhere, and as I reach the end of my ability to muse this morning, I know at last where it lies.  It lies exactly where that grandmother found herself, in the inevitability of impact, the bell that has been rung, the insult that has been hurled, the tar that sticks to the surface of its victim.

I realize that the fundamental flaw in freedom of speech is that once spoken, words cannot be withdrawn. 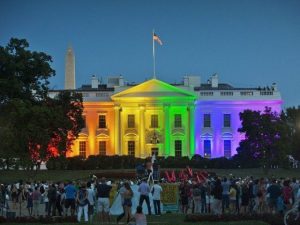