I’ve been ruminating over this post for several weeks.  On the offchance that the five or ten people who read this occasional blog might care about my pre-election view, I finally decided to record my thoughts forty-eight hours before the end of the most significant Election Day of my life.

My thoughts gelled over the last week because of a few pointed exchanges on social media.  One involved a person whom I know who professes to be a conservative and who has admitted supporting Trump’s re-election.  This person and I diverge on most social and political issues.  The most recent clash involved a meme which I shared that called on anti-abortionists to answer a simple question, to wit, “If the fetus you save turns out to be queer, will you still support it?” I’m paraphrasing, but that’s close.

My conservative friend proclaimed this to be “drivel” and to trigger a diminution in the respect which my friend claimed to  previously have had for me.  A lively discussion ensued among my liberal and progressive acquaintances, most of whom appreciated the meme.  One identified herself as pro-life but not anti-LGBTQ.  My original attacker added another slur, calling me a hypocrite for having a “COEXIST” sign while (in the speaker’s view) spewing hate.  I answered that charge in carefully phrased nonviolent communication, asking for the person’s response.  I described my first-hand experience with the evangelical christians to whom the meme had been directed, listing beliefs which I’ve repeatedly heard members of that group express:  White people are God’s chosen; women should be submissive to men; homosexuality constitutes immorality.  “What say you,” I asked.  Radio silence ensued.

The other thread which awakened my desire to comment on the election took place in a political Facebook group.  I can’t recall the original post, but my response to it predicted a further loss of women’s rights with Amy Coney Barrett on the Supreme Court.  Several self-proclaimed Trump supporters professed ignorance of any civil rights erosions under Trump.  I dropped out of the discussion; I see nothing to be gained by such debate and should not have even joined the fray.  I could have mentioned the religious group with which she has been associated which is alleged to endorse the subjugation of women.  I could have pointed to her originalist views, which remind me of the famous West Wing bible scene.  I did not; I saw no basis for believing that my words would be seriously considered.

But these brief interactions with a point of view alien to mine underscored the uncertainty of our nation’s future.  The vision of tomorrow held by persons advocating for Trump’s re-election profoundly differs from what I prefer for this country.  The vision of Trump-supporters vastly deviates from the vision of liberal and progressive Americans.  The nation with a re-elected Trump will in no way resemble the nation which would evolve under a Biden presidency.  Under Trump, everything that has happened in four years will intensify; everything that happened from 2008 – 2016 will continue to be eliminated or further reversed.

So I went to the search engines and ask the questions:  What did Trump do for civil rights?  How did that compare with what Obama accomplished?  The answers frightened me.    For the eight years of the Obama administration, civil rights broadened.  The Trump administration effected profound rollbacks in advancements which took  decades to accomplish.

I asked myself:  Why would Trump want Americans to have fewer and more narrow rights?  Similarly, why would Trump profess to want Americans to have access to affordable health care but attack the laws which provided that access?  Where was the wonderful replacement that Trump promised during his campaign but to this day has not delivered?  I never expected him to promote a viable replacement, but those who voted for him did and still do.  Yet the Republicans controlled this issue for the last four years, and have failed.  What makes anyone seriously think that success will suddenly spring forth in January 2021?

I have never heard a Trump supporter clearly articulate their position on civil rights.  I only hear their negatives — no “illegals”, no “Muslims”, no “terrorists living off the federal government and murdering Americans”.  Their protests echo the dire predictions of their candidate but have no basis in truth.  Generally, undocumented immigrants are not eligible for federal benefits.  Conflicting research and a lack of cohesive data detract from conclusions about crime rates among immigrants.   However, researchers often associate lower crime rates with higher concentrations of immigrant residents.

I read the comments of Trump supporters with dismay.  They seem to actually believe his  baseless assertions, such as his recent claim about doctors inflating the list of Covid-19 deaths.    His supporters give him a pass on all of it. They overlook his lies and broken promises.  They listen to his divisive and abrasive rhetoric and find something appealing in what he touts.  They choose to believe that his view of our nation represents greatness.  Yet time and time again, Trump utters comments that his own party faithful can barely stomach.   The list of top Republicans who will not support Trump and of those who have publicly proclaimed support for Biden continues to grow.   Stark and staggering videos by The Lincoln Project signal a singular dedication to Trump’s defeat by a broad, powerful, and well-financed faction of the Republican party.  I cannot recall any prior incumbent fighting against his own party to retain power.

Compared with Trump, Joe Biden seems an easy choice for many voters.  He talks of unity, togetherness, and harmony.   He wants to rejoin America’s allies and reaffirm our willingness to work with other nations.  He believes in the threat of climate change and he listens to scientists and doctors on the issue of the corona virus pandemic.  He was part of Obama’s national strategy for combatting AIDS, and disdains Trump’s rejection of a national strategy for fighting Covid-19.  And do not get me started on the striking difference between Democrats trying to get all ballots counted and Republicans fighting to curtail the voting process.

So we walk into the end of this month of voting with our country split into enormously different camps.  While the winner of the presidential election might not be known for several weeks, eventually a new president will emerge from the hours and days of tabulation.  Court battles might ensue but eventually will be resolved.  Uprisings and riots and demonstrations could be launched but those, too, will be quelled or will fade as the situation rights itself.  Inauguration day will dawn, and the country will continue its great experiment.

But I believe that we will be eternally marred by the events of the 2020 election.  Neighbors have lost trust in each other.  Young people stare in horror at their parents.   Prejudice and bigotry have emerged from the dark, dank corners in which they once hid.  Our illusions have been irreparably shattered.

Yet hope still abides in our hearts.  People stand in the long lines waiting for their turn in the ballot box.  Children wear American flag stickers longside the Rainbow emblem of their same-gender parents.  Last night I sat around a bonfire with two Republican Trump supporters and four men who identify as gay or queer.  We watched the full moon rise in the eastern sky.  Confidences emerged. Laughter rang in the night air.    That little group gave me reason to believe that our nation might survive this terrible year after all.  I can only pray that we live to see a glorious dawn. 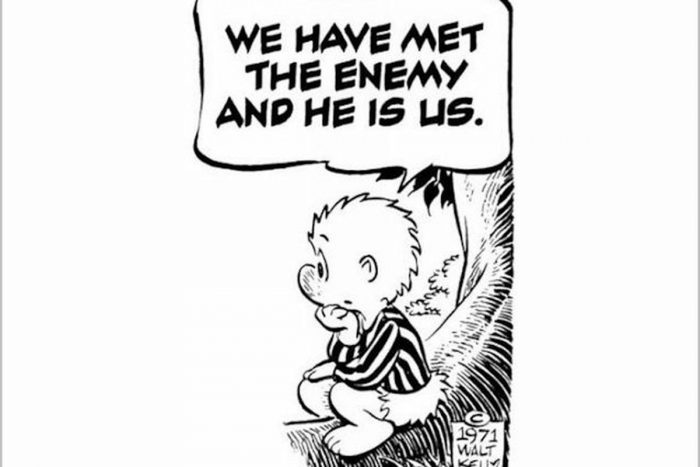