I never doubted that the despicable force in Russia would invade Ukraine.  Despite my education and age, I don’t possess the kind of political savvy which completely understands the nuances of war, but I have lived through enough to expect evil to strive for self-perpetuation.

Nor did the former, twice-impeached, losing president’s praise of Putin shock me.  That person, whose name I do not at this moment care to utter, has also shown that he cares little for democracy.  His lack of empathy and humanitarianism characterized his term of office and continues to reflect in his post-loss behavior.  That his minions flock to his feet in this despicable display only confirms his unsuitability for office.

Like many children of the 50s and early 60s, I huddled beneath my desk during missile drills in early elementary school.  My mother stocked our fruit cellar with food, blankets, and basic needs.  I folded my afghan over a little cot in the cold basement.  I knew to run downstairs if the sirens blew, whether during tornado season or the nightly news.

In graduate school, I studied the warped passions of international terrorists and the oppressive regimes of eastern Europe and Asia.  One professor, whose name I cannot verify so I will not butcher, used to tell a joke about Stalin which he found enormously funny but which none of us understood.  He intended it to illustrate his Ukrainian disdain for the U.S.S.R.  The joke involved Stalin going to Hell and feeling quite comfortable there.  I shuddered on hearing it, but the professor snickered, his natural resilience seemingly displayed in this smear upon a defiler of his beloved homeland.

During the 2014 invasion of Crimea, I listened in horror to NPR.  That year held much personal trauma for me, but even so, I understood how small my burdens — death of a beloved father-in-law, decampment of a disloyal spouse — in comparison to the devastation of war.  Yes, I realize that suffering should not be seen as a competition; but indeed, I go to bed each night knowing that soldiers will not shell my tiny house while I sleep.(fn)

We arrive at Putin’s fourth act.   Employing a tactic too familiar to Americans, he creates a pretend problem and then marches over his neighbor’s borders in a proclaimed effort to redress or forestall the imaginary threat to his security.   He fooled no one with that pronouncement, but perhaps some men and women of good conscience actually hoped that diplomatic talks would turn the tide.  That’s the trouble in dealing with tyrants.  They do not play by the rules of decency, another sad reality that Americans learned during the last presidential administration.

Yet here we stand.  The world must and hopefully will do what it can to support Ukraine.  Personally, if I ran the zoo, I would immediately grant Ukraine emergency membership in NATO.  I would oust Russia from every committee or office it holds in the UN.  I might even cast aside my innate anti-war leanings to put NATO and US boots on the ground in Kyev.  Perhaps it is just as well that I do not run the zoo, because, as I’ve noted, my education only prepared me so far.

I do what I can.  I share news stories, photos, and links.  I make donations to charities such as World Central Kitchen which has established an effort in  Poland to feed Ukrainian refugees.  I cannot do much, but I know that my small effort will be part of the incremental actions of thousands.  With luck, with the good auspices of the universe and, perhaps, with divine intervention, Ukraine might withstand the onslaught of the bully Putin.  I can only hope and yearn for that outcome.  With the Ukrainians huddled in the basements of their buildings, with Russians marching in the streets of their cities, with Ukrainian-Americans desperately trying to reach their families back home, I watch and lament; but I also pray.

May President Zelensky and his people reach into the enormous well of their national strength, and repel the ruthless, criminal Russian forces.  May they prevail.  May they save their democracy. 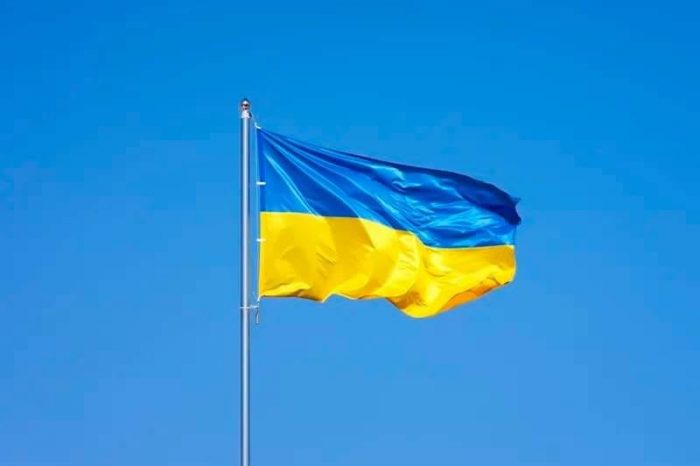 (fn)  So far, at least; though some residual fear lingers at the thought of what might happen if the would-be dictator wins a second term in 2024.